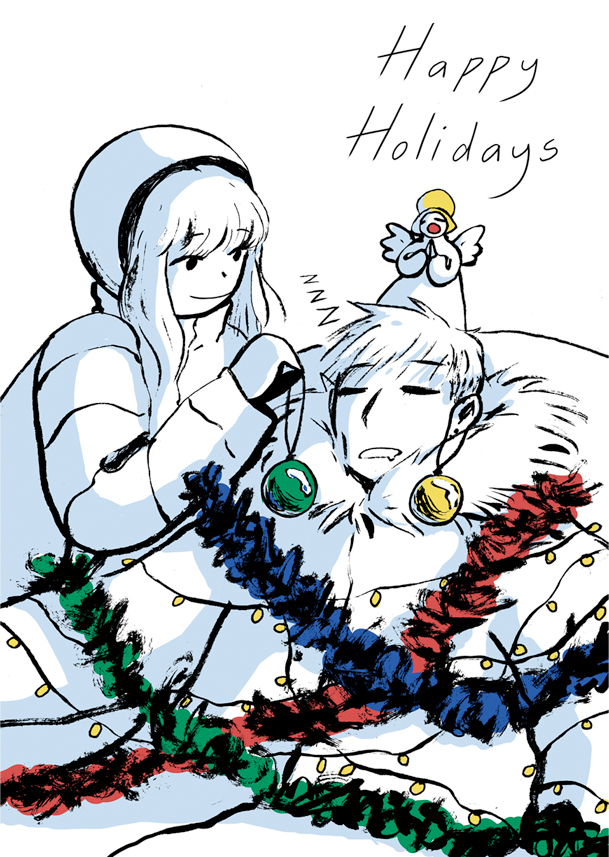 Back with a new zine, woo. We thought it would be cool to release a new game from the vaults, run a new Flatjam for the end of the year, share our plans to find a new coder, share a great essay by Aido, talk about cool christmas games and all kinds of other things, so we're putting it all together into a special update.

It's been a real good year for us. Things have still been super quiet on the outside but on the inside everything is buzzing and moving. Next year will be all about If Found, Please Return. We can't wait to share more!

It's a new game! Download it from its Itch page here! 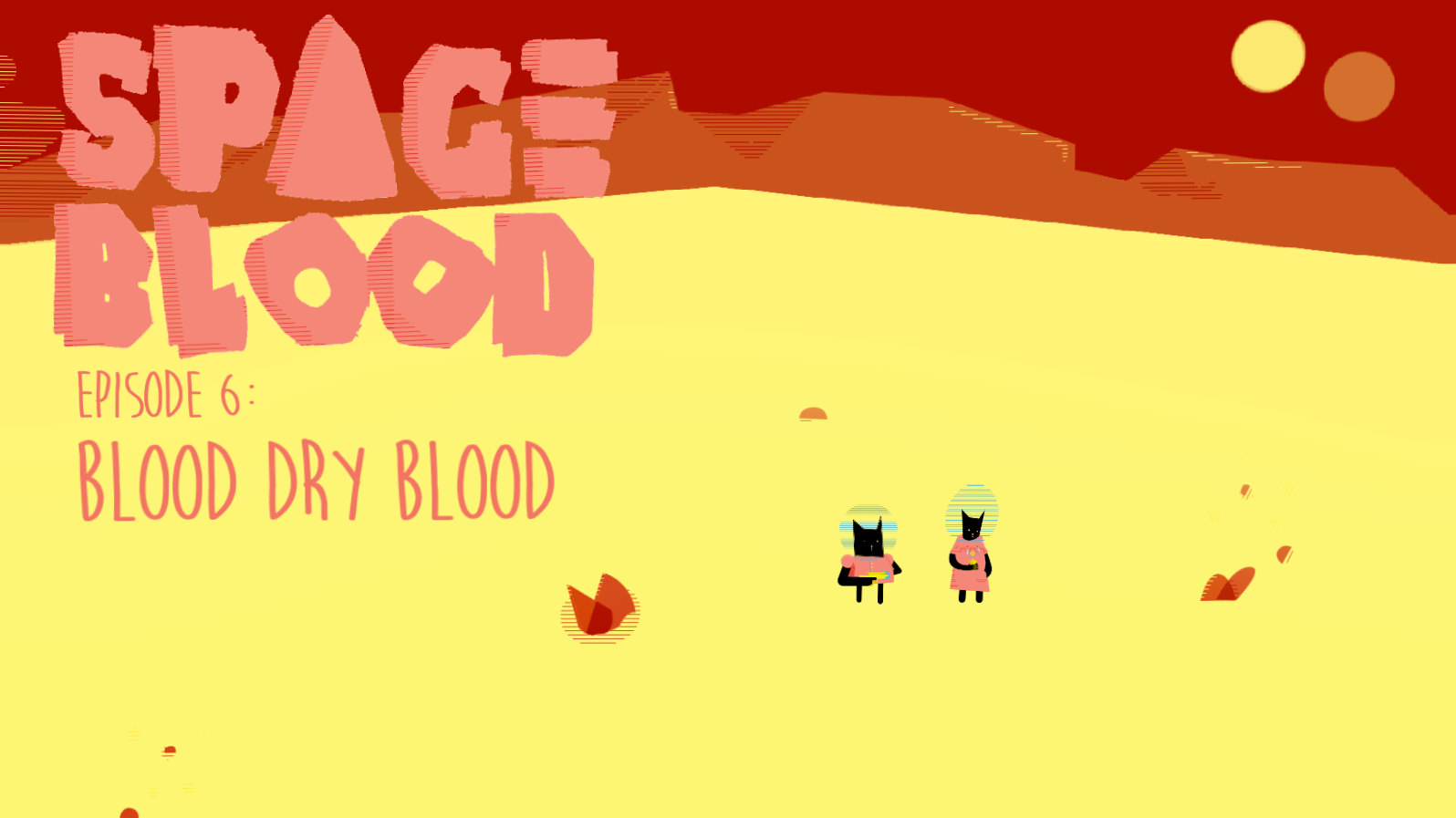 Our latest 10m episode finds our daring heroes, Captain Blood and Space Ace, struggling to survive after an ambitious voyage goes drastically wrong. Stranded on a peculiar planet without a drop of fuel in sight, we join our heroes as they must face their biggest challenge yet: themselves.They'd been told that space travel was a risky enterprise. Over and over they'd hear the words uttered: "Space'll swallow you kittens whole." But back when they first stepped out into the galaxy's sprawling maw the thought that it could feel so small was the last of their worries…

Now they're quickly discovering that space just mightn't be big enough for the both of them.

SPACE BLOOD is a hit TV series about two intercatlactic voyagers, Captain Blood & Space Ace, who must continually overcome whatever that cruel bunch of stars we call OUTERSPACE has to throw at them. 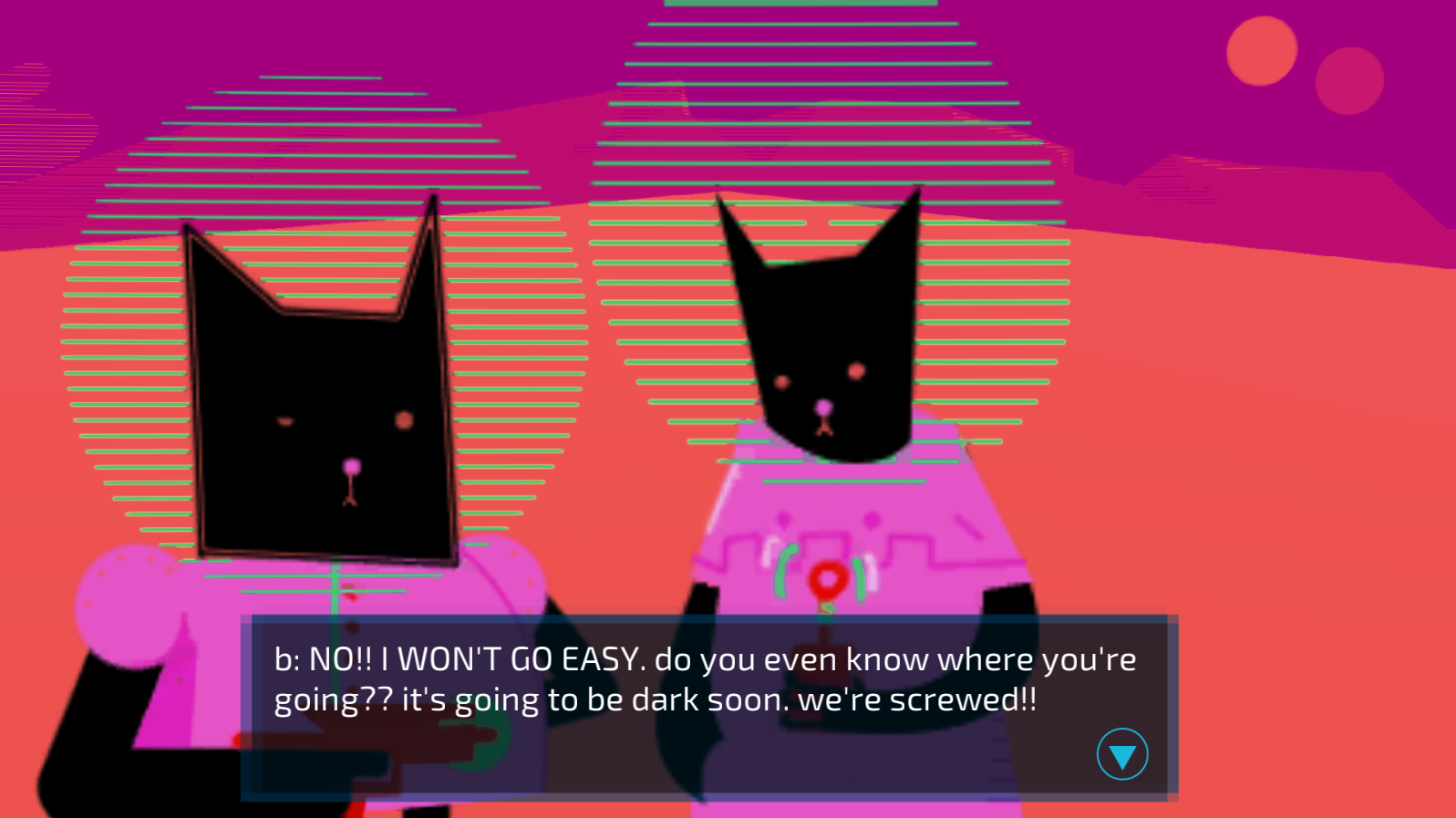 Written and Made by DREAMFEEL

We’re v v excited to announce that we’re gonna be running another FLATGAME Jam over the holiday break! It’s going to be running from now until mid January.

You can get a feel for the wonderful hand-made potential of FLATGAMES by checking out last year’s entries here and our The Isle is Full of Noises. 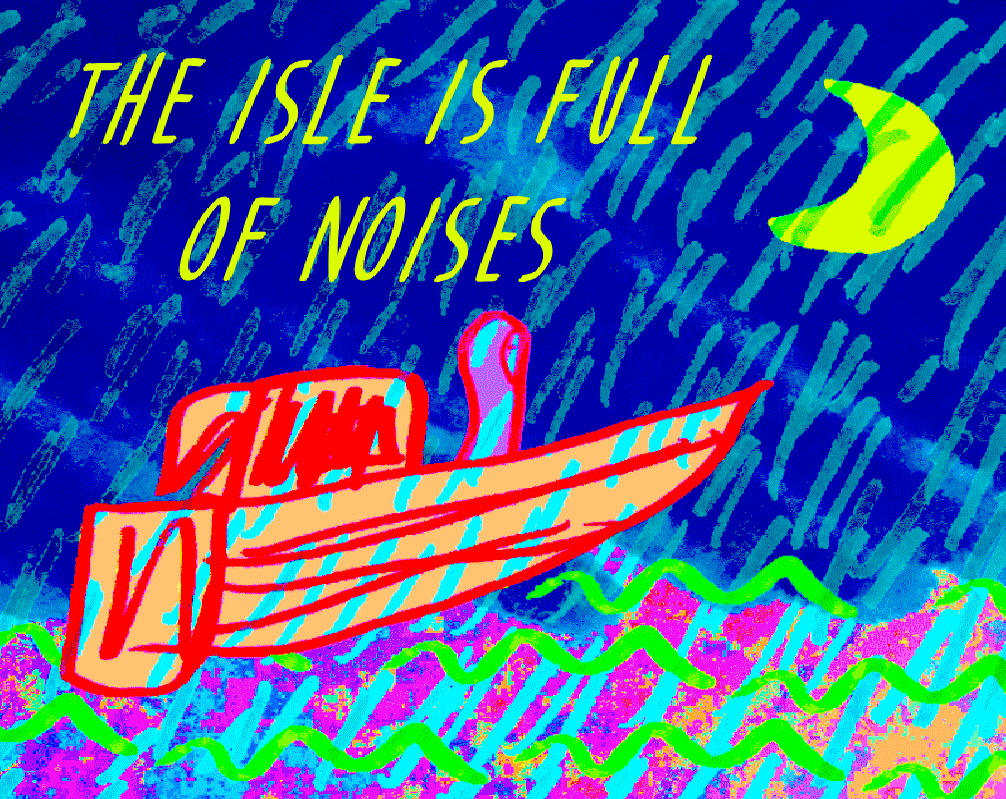 We’re on the lookout for creative minded and experimental gameplay programmers who are super technically proficient and idealllly have experience in optimisation and iOS.

Read the whole job posting here, and be sure to apply before January 30th and share it to your programmery pals! 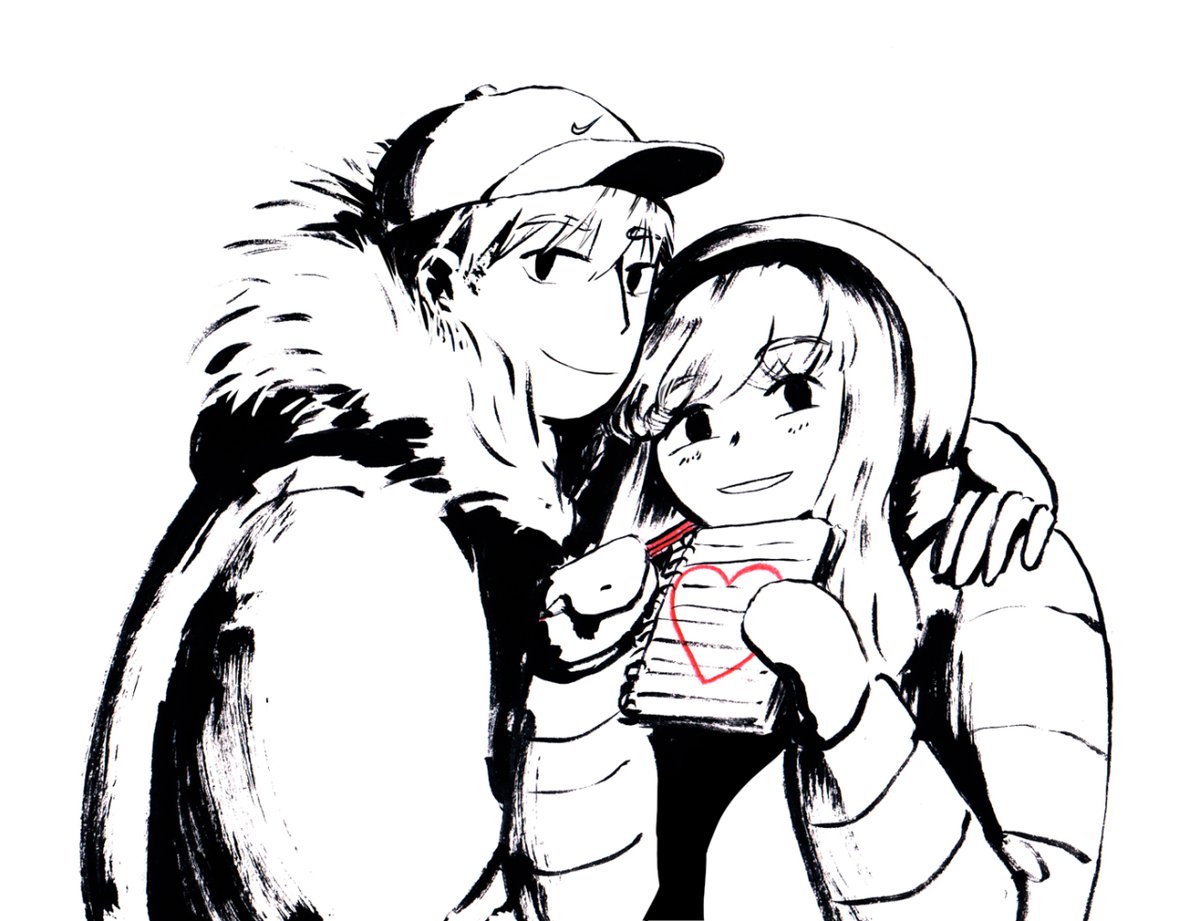 Last month we started up a lil instagram account! We’re gonna continue posting cool art and lil behind the scenes photos (aka RARE JPEGZ) so follow us and tell your pals to as well! 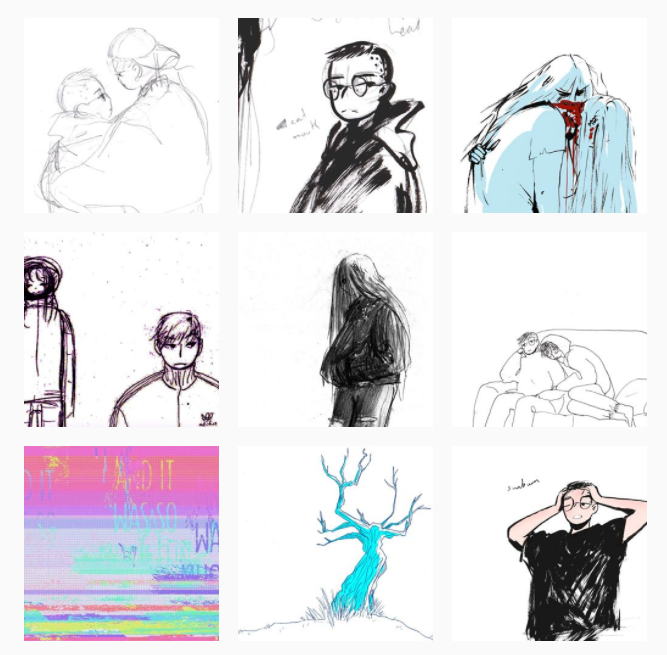 Myself and Llaura were talking about Space Blood, the amorphous video game series debuting today (download it above!!), which is made up of different episodes from different artistic collaborations. We were chatting about when would be a good time to release the first episode into the wild, and which of the episodes - that are at various levels of completion - would make for the best opening episode. Llaura thought that it would be cool to have an explanation of the thinking process behind Space Blood, as a game series, as a changing, growing thing, and this got me thinking about the idea of the “game series”, and how that might operate in contemporary games culture. Instead of writing down what that would look like... that thinking process led me down a nostalgic rabbit hole into my first creative internet community: Newgrounds.

I don’t want to be too rose-tinted in speaking about Newgrounds: As much as it was a revolutionary place which fostered an incredible amount of experimentation and weirdness, it was also a place ripe with a lot of harmful and toxic outlooks, bigotry, racism, and sexism. With that said, littered amongst its vast trash (both aesthetic trash and ethical trashand decent trash) were some really important and meaningful things that completely informed my ethos for being someone who makes things and puts them out. My primary inspiration from that community in the early 2000s was Alan Saunders or AlanTheBox , and particularly his series B&W Drama Theater. 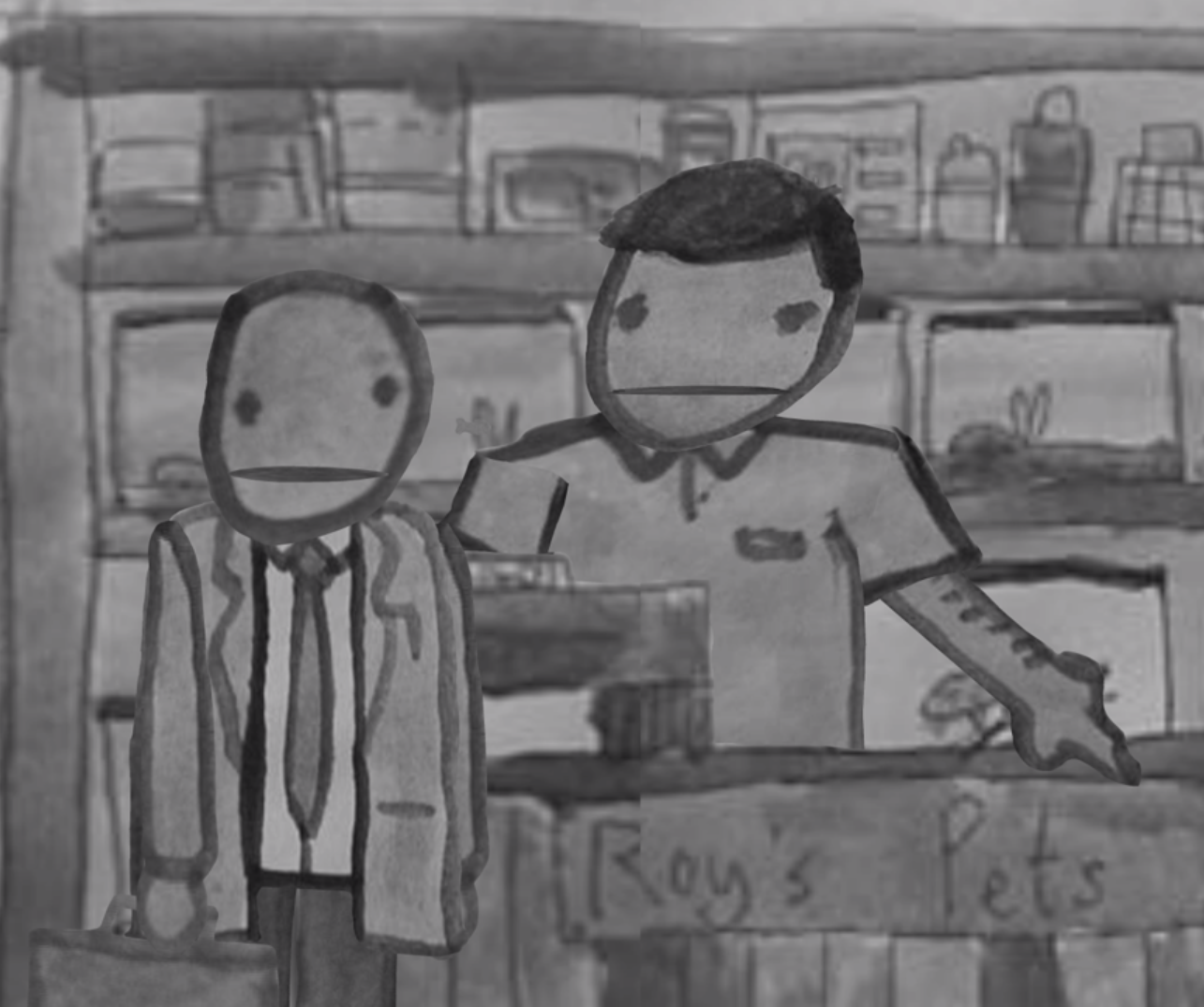 From "B&W Drama Theater #10" by AlanTheBox

Alan’s output was part of an evolving and growing practice. Over slow increments and sudden jumps during the early 00s, anyone paying attention was lucky enough to see how his work morphed from the humble sloppy beginnings of B&W Drama Theater #1 into the beautifully written and hilarious culmination of the series in B&W Drama Theater #13. B&W Drama Theater is a series about the fantastical sadness of capitalist life and the inherent weirdness of suburbanite existence, which is punctuated by heart touching moments of hope and humour. It’s tonally unlike anything else I’ve ever seen. As well as working on B&W Drama Theatre, Alan had a couple of different series as well. One of my favourites consists of “Garbage Day”, “Garbage Day 2” and “Garbage Day 3”, compiled here. There was something extraordinary about following this person (one of the few people I’d feel comfortable calling “a genius”) and his output, which felt like it arrived at a really special place when How it Will End was released in 2004.

When I was fourteen I made the opening chapter of an intended series and uploaded it onto Newgrounds. It had been my most ambitious flash animation yet, clocking in at a staggering 4 minutes length (it had a scene selection screen ha)!!! The animation ends on a cliffhanger ending with a “To Be Concluded” screen… But I gotta come clean, I never made the second chapter. I’d made some attempts to plot it out, and despite the first chapter being well received, I just never found the energy or time to pick the series back up, having built it up too much in my mind. I was used to spending an evening or two on each animation I made, whereas this one had taken me three weeks to produce, and even that tiny amount of time caused me to burn the heck out. 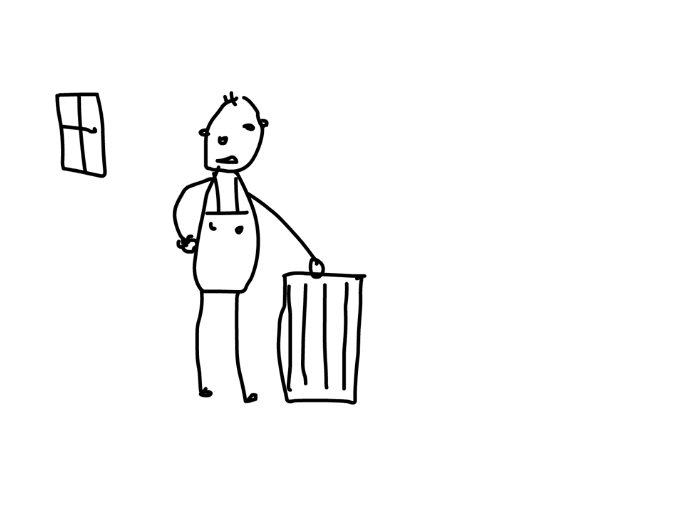 From "Garbage Day" by AlanTheBox

I guess what I want to say about all this is: it’s pretty emancipatory to produce and put out weird half finished things, and fragments, and thoughts, and trash, and etc. The weird things are part of a process of learning, the failed and half finished projects teach you more than the fully realised ones (that you maybe cared too much about). Whether you’re working on some perceived magnum opus or a fun throwaway thing, everything you produce offers people a chance to understand you, see how you’ve changed or grown, or connect with what you’re thinking about. In today’s hyper-speed capitalist wasteland it can feel like an awful burden to keep up momentum with what you’re producing and to pursue everything to its fullest, but it’s okay to drop things, and it’s okay to experiment. Returning to AlanTheBox’s website now, I’m so happy to see that he’s still working away doing his own thing (which includes a series of unsolicited advertisements for local businesses, which he then posts to them?). I wanted to keep this essay super brief, and treat it as a little love letter to anyone doing their thing, struggling to find their voice, and uploading things into the void without reaching the audience they probably deserve. Keep doing things! Whether it’s the opening episode of the series that will make up your life’s work, or if it’s just a small step on the road to making that something special you know you can eventually achieve, hang in there.

Coming up on January 21st we’re going to be hosting a rad board game afternoon/evening alongside the Trans Live Art Salon in a TBA venue from 3pm. We’re gonna be splitting up into groups to play through some of Avery Alder’s games (Monster Hearts 2 and The Quiet Year) as well as Naomi Clark’s Consentacle, a game from Rain and NO PLINTH by our own aido wall. 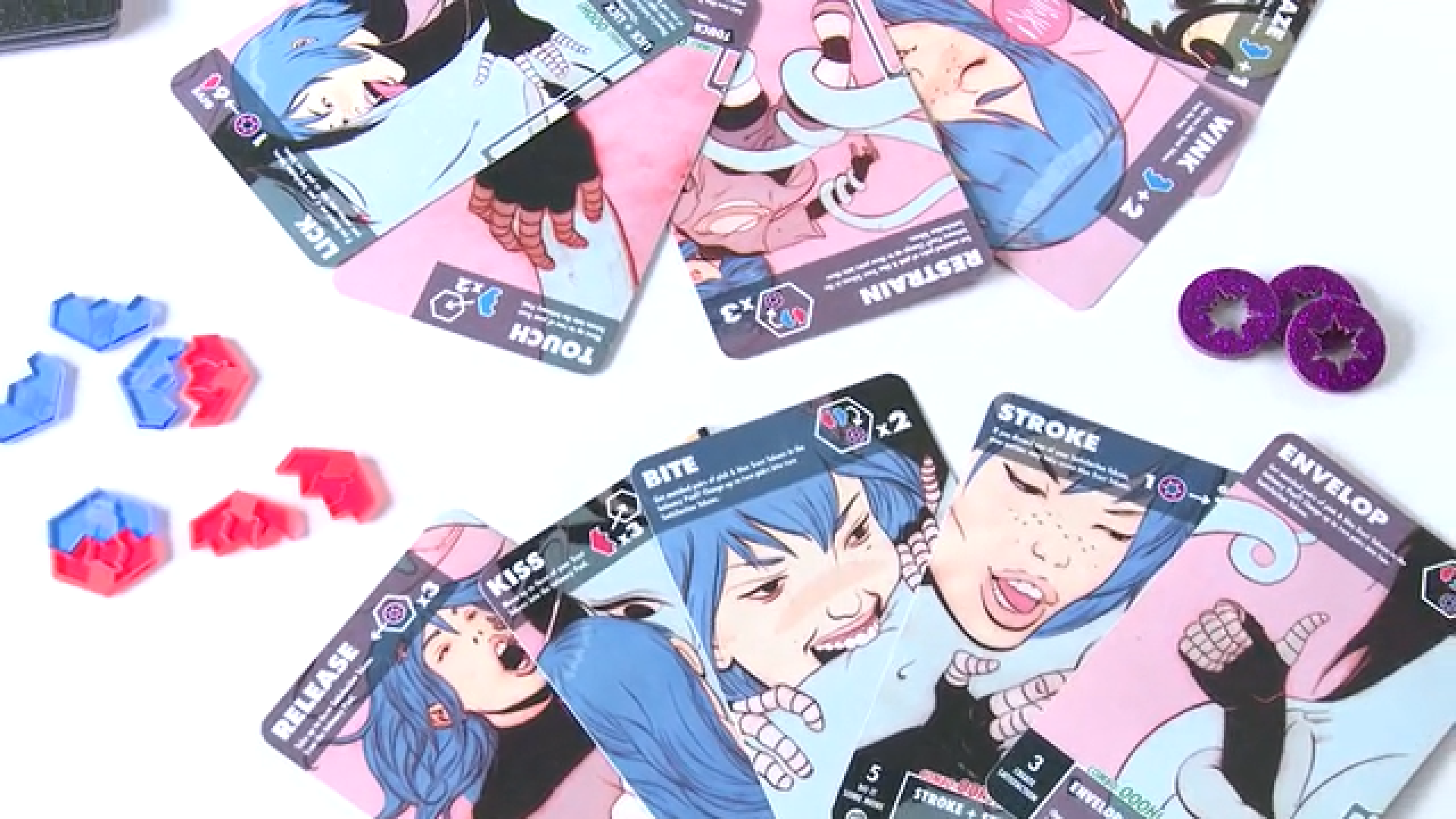 With the big-red-and-white-beard sleigh-man fast approaching, we delved into our hearts, did a bit of self-reflection and realised that these feisty and festy downloads aren’t as important as family and friendship, but we arranged the list, and checked it twice, so here it is anyway: 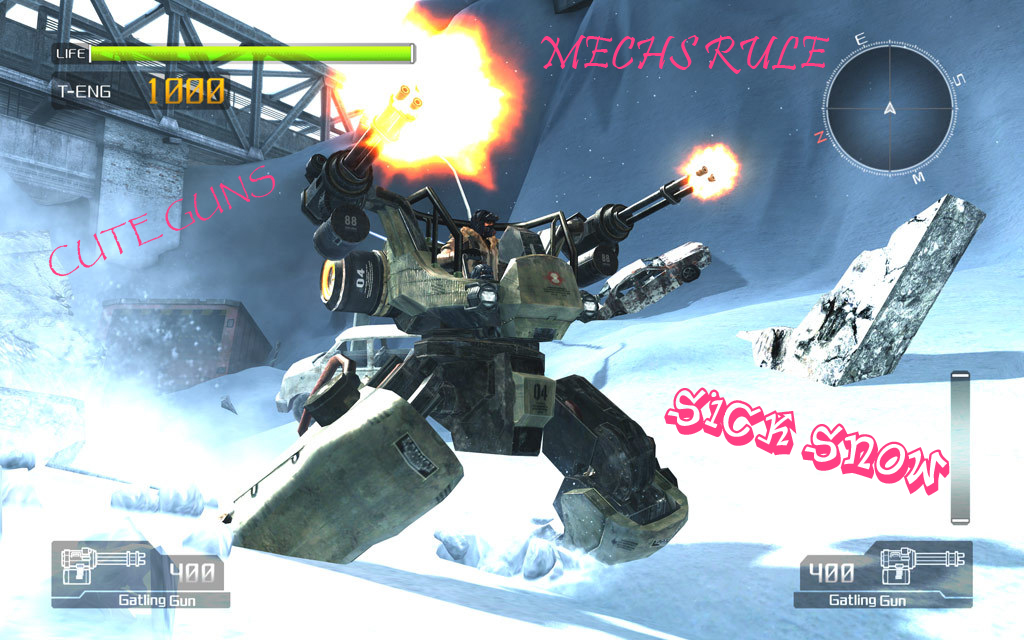 This is a game that I (aido) am gonna insist on putting in, and we wish a happy new year to everyone at Capcom (i still luv u), it has snow in it (and mechs) and i luv it, xox. 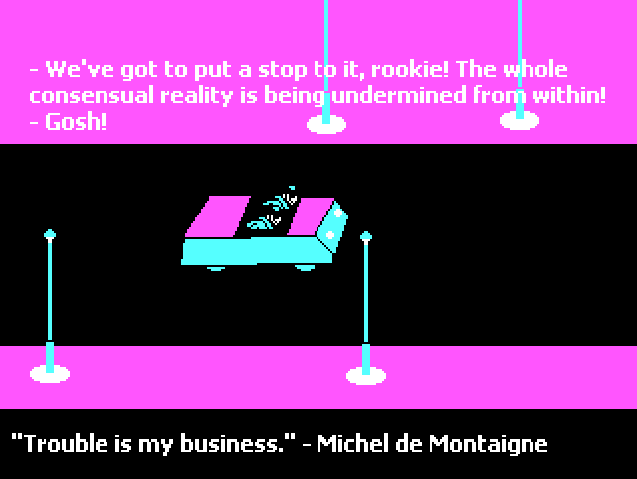 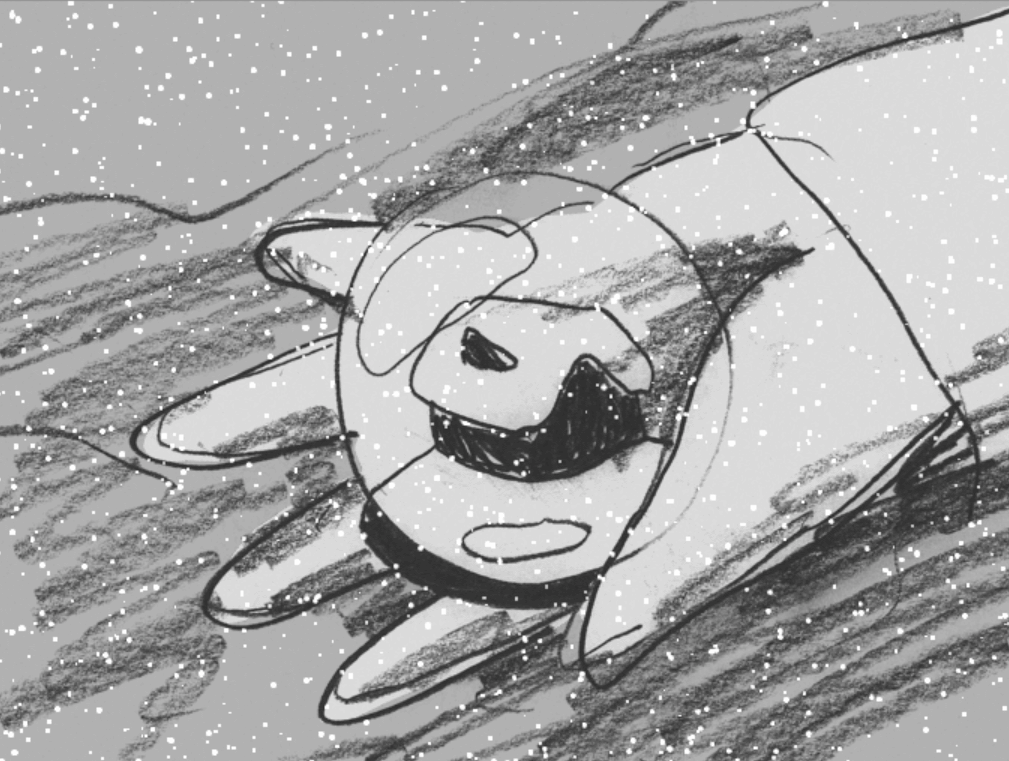 The Citizen Kane of Video Games by DREAMFEEL

This game has snow in it, and we made it, so it makes The List. 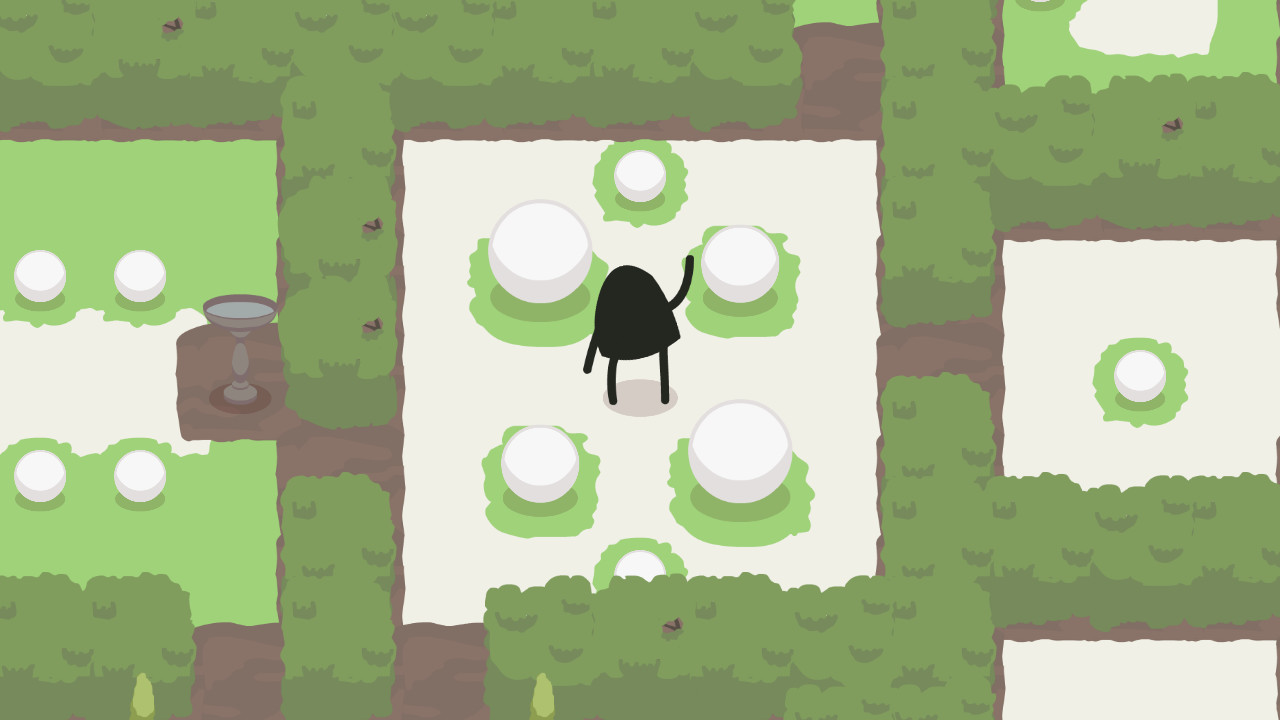 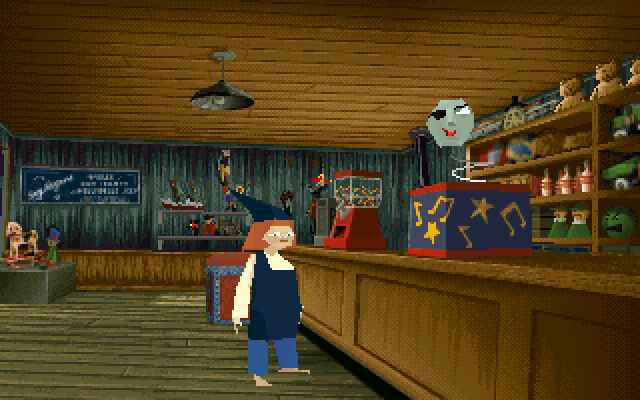 Jack in the Dark by Interplay Entertainment Corp

Have you ever wanted to play a Christmassy themed Alone in the Dark 2 mini-game that was packaged with cereal boxes as a promotional item? We've got you covered. 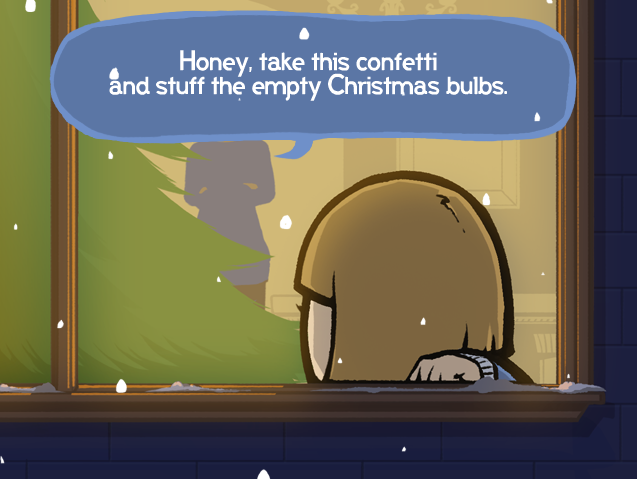 A Pretty Ornament I Made by Nina Freeman

A Christmas game from Nina Freeman, based on a poem. Here is a wonderful Christmas Game by Jack King Spooner, and if you like it, you should check out his latest game Dujanah!

Have a great chill holiday and winter season folks. It's the winter solstice! Days will get longer and sun will return in the New Year! In the meantime stay indoors with people you like, get warm by the fire, read a book and play some great video games. 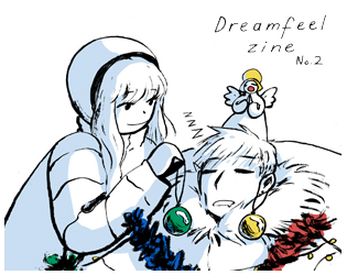